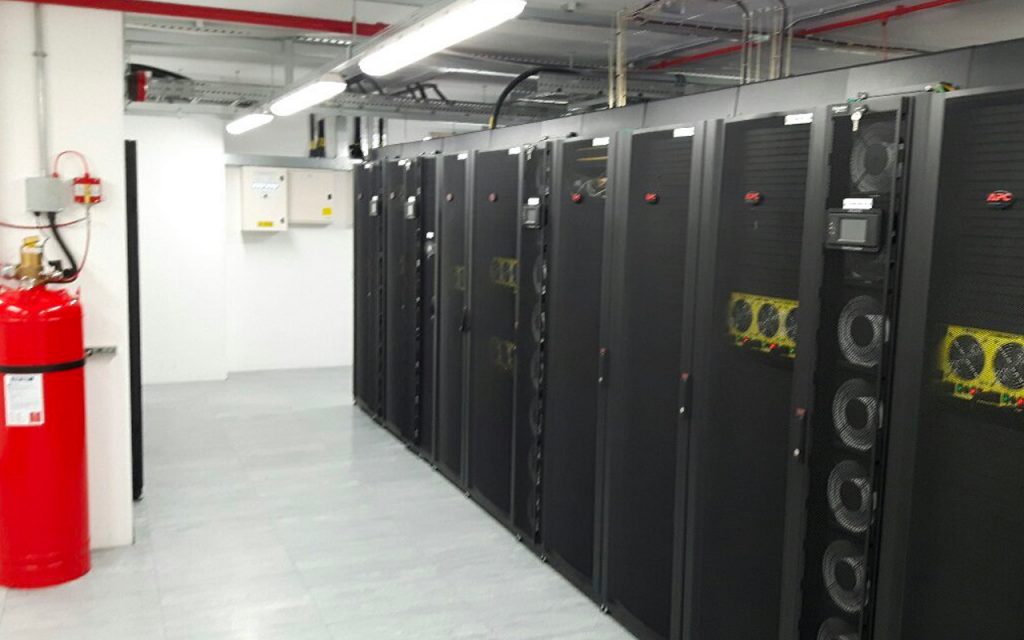 Whether its higher energy costs or increasing energy consumption driving the switch to well-designed airflow containment systems, a range of benefits over the open, more traditional data centre designs are on offer.

Amongst the advantages offered by an effective airflow containment strategy, is that by preventing the hot air and cold air mixing the cooling system’s supply air temperature can be higher, reducing the need to add or remove humidity.

Also, cooling system air reaching the front of the equipment can be higher than when having to set very low air supply temperatures to cope with the problematical hot spots caused by hot and cold air mixing.

Cooling systems also work more efficiently with higher return air temperatures thanks to heat exchanger efficiency, which cuts the energy consumption. The layout of equipment can be optimised to take advantage of the greater cooling efficiency, which offers additional equipment capacity, without enlarging the building envelope.

Choosing to design an airflow containment system for either the cold-aisle or hot-aisle, requires consideration of the same factors to ensure sufficient cooling is achieved and the design allows flexibility for future changes to be incorporated, whilst integrating easily with the current infrastructure.

Based on our experience of powering, cooling and protecting data centres, we have developed this list of points to consider when planning a data centre airflow containment project.

The jury is out on whether you should contain the hot airflow or the cold airflow, but in our experience the route chosen will be dictated by the existing infrastructure – if you are starting with a blank piece of paper we would advocate containing the hot airflow.

By collecting the hot air exhausted by the IT equipment, the rest of the data centre becomes a cold-air return plenum, which not only ensures a better, cooler working environment for any non-racked equipment, but also the humans working in the space.

However, when working with the current infrastructure, it’s not a simple choice and will typically be decided by the current air distribution type in the facility. Data centres with targeted return and flooded supply will benefit more from hot aisle containment and those with targeted supply and flooded return will work better with cold aisle containment.

The depth of the raised floor plenum, the presence of overhead cabling, ceiling heights and support column locations will all be factors affecting the choice of hot-aisle or cold-aisle containment. These are only general considerations though and we recognise every project is unique and will require a detailed assessment of the existing conditions of the facility.

OPTIMISING THE IT EQUIPMENT LAYOUT

Following a review of the infrastructure, attention should be turned to the layout of the equipment, racked and un-racked.

It is always good to start with an empty space and fill it with servers of the same make, model and size, but it rarely happens and most data centres have to cope with a wide variety of equipment shapes, sizes and cooling requirements – particularly those centres expanding or consolidating.

Regardless of the differences, all the equipment must be configured with hot-aisle/cold-aisle rows layout for airflow containment to work effectively.

It is also important to assess the amount and frequency of employee traffic through the centre to ensure end-of-aisle doors are configured to suit the needs of those using them and to work with or maintain the equipment in the centre.

When evaluating the implementation of an airflow containment system, it is likely a lot of system customisation will be needed, but relying on the advice of experienced service providers will help limit the costs.

It could be something as simple as reversing the airflow in the data centre by turning the cooling units around or raising the floor, but if it’s time for an airflow containment system, find service providers with good examples in their project history.

Although not differing hugely dependant on whether a hot-aisle or cold-aisle containment system is introduced, due consideration should be given to the fire suppression system, which will require alteration to manage the new containment systems.

Dealing with a datacentre fire requires speed and resilience as the time from detection to suppression will affect the amount of data lost or time the servers are offline.

The latest generation of addressable panels are highly reliable and resilient. Used to protect datacentres, suppression control modules can be added to the fire system and can then control extinguishant release as part of the system programming. When looking to expand an existing system, standalone extinguishing systems are available.

The installed fire system’s performance should be considered at the specification stage, with BS EN 54-13:2005 compliance an important step. Compliant addressable fire systems and a suppression control panels will continually check their networks and highlight problems to ensure they work first time, every time in an emergency.

Clearly thought has to be given to the existing fire detection system as an aisle containment system essentially creates a series of small rooms within the data centre and all will need appropriate fire detection and suppression systems.

The rooms created are a different kind of room, with new air flow patterns and velocities, which can change the movement of smoke and therefore speed of detection – all of which must be considered when altering legacy systems.

This is why we recommend early-warning aspirating smoke detectors, which can detect smoke even before it is visible to the human eye.

Unlike common passive spot smoke detectors, these highly sensitive detectors draw air through a network of pipes to a central remote detection unit which looks for signs of trouble – these can be retro-fitted to allow for smoke detection in newly created airflow containment systems.

Some systems can identify precisely through which hole smoke has entered the pipe network, indicating the source of the problem quickly and accurately.

The pipes can be installed in hard to reach places and with only one detector to maintain, system costs are relatively cheap, considering the damage to very expensive equipment and data they can prevent.

When a real fire is detected the evacuation of the building and suppression of the fire are critical. For those working in the typically noisy environment of the data centre EN54-23 compliant visual alarm devices (VADs) like strobe lighting should be used.

Shutdowns can be costly, so false alarms can be a real problem, which is why we recommend any one of the verification and investigation delay solutions available. Ensuring the right people in an organisation receive critical information when a signal occurs, ideally before a detector has reached its threshold will help save time and money.

Although false alarms can be a real problem, once staff are aware of a real incident, following any evacuation, keeping the servers online becomes the priority – if they have to be shutdown it should be as few servers as possible, for as short a time as possible, which is where the suppression system matters.

The choice of extinguishant solution will depend on the existing system, budget and performance required. With extinguishing systems designed around flooding and detection zones, it is important to re-assess the layout of detectors and the flood area for release following the implementation of an airflow containment system.

Breaking the centre into detection zones and requiring confirmed signals from more than one before warning of a fire or triggering the release of extinguishant is the typical approach used. Similarly, breaking the centre into flooding zones, the areas into which the suppressant will be released, can minimise the amount used to extinguish an unwanted heat source.

Release into specific areas will usually be managed through a central source or multiple gas arrays, but whichever system is used it must take into consideration the new containment areas.

Extinguishant panels can be programmed to release suppressant into a specific area automatically once a fire has been confirmed and the timer has elapsed. Careful planning with release into specific containment areas is an option and can be a useful way to limit the amount of suppressant needed.

Most systems will also allow the system status to be seen from within or without a protected area, with hold and abort buttons used to manage the gas release on visual confirmation of the situation in any given area – as critical for protecting people as much as limiting the release of expensive suppressant.

Many utility companies have a system of rebates and incentives for businesses that decrease power usage in their data centres. They might require the use of approved contractors, approved equipment, or stipulate other conditions, but when considering changes likely to increase efficiency, like the implementation of hot-aisle containment, it is worth asking the question.

The important point is to ask early and take any of these considerations into account in the design process, not once the containment aisles have been installed – it’s usually a timing issue.

PLAN WITH AN EYE ON THE FUTURE

The points we have raised for consideration largely address the issue of retro-fitting containment aisles to update and improve efficiency within the current data centre infrastructure, but it’s important to consider growth and future changes.

When evaluating an airflow containment system, we recommend using a modular approach, with standard components and structures where possible. This allows for their relocation and re-use if the data centre is re-configured in the future, ensuring the life-term ownership costs of the changes are greatly reduced.

Modern data centres are extremely complex, with their configuration affected by a huge number of factors, but retro-fitting an effective airflow containment solution is relatively simple, if planned from first principles and due consideration given to all the points raised.

When considering implementing hot-aisle or cold-aisle containment, or if you are unsure which will work with your current infrastructure and configuration, speak first to experienced service providers who understand your objectives as well as they do the technology.

It’s good to talk and it’s the best way to guarantee your data centre achieves the greatest efficiencies and reduction in energy consumption, whilst delivering a solution that can be easily tailored for future growth.